Okay Ladies, now that you've finished fanning yourself after visiting Elise Hepner's blogspot, at my bunny hop I have perhaps a surprise, but one I think will delight you. 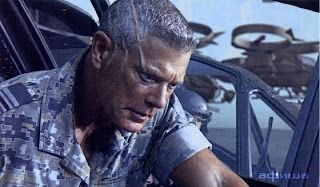 Take a look at my Sexy Silver haired Sex Symbol.  Sure this baby's seen some miles but he is built to last! Vroom Vroom!
This little bunny here would love to be caught by this sly Silver Fox! Have you seen Avatar? This is the very talented actor, Stephen Lang, who plays bad boy Colonel Quaritch. His acting credits span the incredible width of his biceps! He is a stage actor of great acclaim with a long and varied acting career in television and film as well

This is from his play "Beyond Glory" and Chloe is beyond salivating. He is Clint Eastwood sexy. How about holding me, rather than that cigar, Stephen?
Sure, he's talented, but here, I am celebrating his other, ah, attributes. Stephen first came to my attention appearing in an old 1996 HBO series called  Strangers. A rather racy series along the lines of Red Shoe Diaries, Stephen appeared in an episode, "Ceremony," playing a character called Theo. His lover makes him strip down in a mirror. Well, I truly saw Stephen's acting chops and everything else that day... the total length of his talent. God I love HBO. And full frontal male nudity.

Anyway, here he is back on my radar many years later.

This man is fifty-seven years old and incredibly smoking hot. What is it about that hot military alpha look? 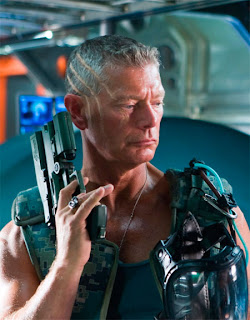 In Avatar: showing scars are sexy and packing heat! And Chloe knows first hand how much
I wish they'd bring the Strangers series back, there was some great artistic merit in it. I can't find even find it to rent or buy, so you do, drop me a line. I'd love to see it, I mean him, again. He is an egg-emplary hottie of the first class!

If that got your heart pumping so will the next stop on our hop-a-long trail:


Becca Simone- www.wilderroses.blogspot.com
Thanks for visiting! ;)
Posted by Chloe Waits at 12:01 AM

Yep, he is silver-hair hot.

I have a screenshot of him full on nude that I picked up from some forum or other. How do I get it to you?