Jenika Snow came to my attention visiting a loop, when I was totally sucked in by her excerpt for The Chosen: A Tale of the Blood Breed. She's graciously agreed to be here today to be interviewed and share more of her hot release. Thanks for being here Jenika! 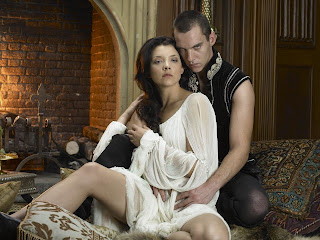 JS: Aleksei would have no pick up line. All he would have to do was drop his eyes to half mast, and give a little tilt of his lips and the girls would dropping their panties.
JS: Actually, I have a free read available on my website. Below is a little sample.
I closed my eyes and moaned as he ran his finger along the edge of my breast, just teasing—always teasing. His hands smoothed down my ribs before moving to my hips and pulling me down the bed. I spread my legs to accommodate his big body, his erection pressing against my clit and causing me to gasp. It was hot and hard, and I wanted it inside of me so badly. “Do you want me here?” He ran his finger down my slit to rest at the entrance of my core, his finger dipping in and gathering my moisture before moving his finger up. He circled my clit, stiffening it up more and causing me to bite my lip in pleasure. “I want you everywhere.”
JS: I am currently working on the second story in the Blood Breed series. The working title is Blood Rush and it is Adrik and Kayla’s story. I introduced the Lyken’s in the first story, but in the second one I will really be delving into their world more. There are a lot of twists and turns that will be happening and I hope it raises some eyebrows.  Readers can find me at http://www.JenikaSnow.com 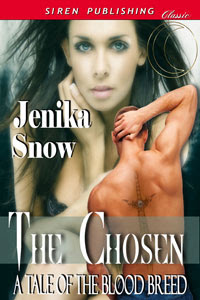 Blurb: Aleksei is feared by all who cross paths with him. He is the great ruler of a race of immortal vampires known as the Blood Breed. Setting eyes on Lana for the first time sets off unquenchable desires that Aleksei has never experienced in his existence. One night out leads to a destiny that will forever change Lana's life. It was an immediate attraction to Aleskei, feelings so strong they left her body on fire, so intense she didn’t know if it was real. When an age old prophecy brings Lana and Aleksei together, nothing can stop the unbreakable bond that weaves itself into their lives, and when an unseen predator threatens to take away Lana, Aleksei will stop at nothing to destroy all who stand in his way from making Lana his.
ADULT EXCERPT
“Take them off of me.” Her eyes grew wide at the growl that came out of him. He gripped the top of her panties and ripped them clean off of her, tossing the fabric to the ground. She would be lying if she said his aggressiveness didn’t turn her on.
“You smell so fucking delicious. I can’t stand it.”
His voice became deeper, and before she realized what he was doing, he was between her thighs with his hands holding them open. His breath brushed across her exposed folds, and she let her thighs open wider of their own accord. The hot touch of his tongue along her engorged clit caused her to throw her head back and moan. It felt so good, so much better than when she touched herself. He ran his tongue in a circular motion, sucking her clit into the hot depths of his mouth before running over it again. He nibbled and teased her labia, twirling his tongue along the opening of her pussy and running it back up to torment her clit. She had her legs as wide as they would go, but even that didn’t feel wide enough. His tongue continued its exploration of her clit as one of his fingers ran in a slow motion around her pussy hole. She wanted, no, needed him to plunge it inside, to end the exquisite torture he was giving her. It was never ending, the pleasure he brought to her body with just a flick of his tongue and a tease of his finger.
He left no part of her untouched, swiping his tongue over her lips, around her center, and making his way back up to her clit. Moans and groans came from his mouth, vibrating off her clit and causing her orgasm to come closer to the surface. His hands had a tight clasp on her thighs, his big body wedged between them. He lifted one of her legs over the back the couch, opening her up even further to his wicked tongue. He continued to suck at her clit, and the tight coil of her climax moved through her body. Her sex blossomed like a dam opening up and getting ready to spill forth. Her wetness flowed out of her core from the tidal wave of pleasure that coursed through her.
“Oh, yes. I think I’m going to come.” She had climaxed plenty of times by herself but had never felt the feeling that washed through her at this moment.
“Come for me, Lana. Fucking come all over my mouth. I want your cream covering my lips.” He continued to suck and lick at her, and just hearing the provocative words he said set her off. Her orgasm tore through her, causing her to thrust her breasts out and groan loudly. He never let up, just kept sucking and licking until her orgasm tapered off. Although she felt sated and relaxed, the orgasm did nothing to stop the arousal still pulsing through her veins. She opened her eyes to stare at him, his glorious body now naked. She didn’t know when took off his clothes, but his shirt and pants now sat on the floor. Her breath caught in her throat at the sight of his hard, muscled body.
He grabbed his cock as she slid her eyes up and down his body. She stared at his erection, eyes wide and heart beating quickly. He was huge, so big she didn’t even know if he would fit inside of her. His hands slid under her back and flipped her over so she straddled him. He leaned against the couch and gripped her naked hips.
“It will fit perfectly. You will feel exquisite when I slide in and out of you. Fuck, you’re beautiful.”
She breathed heavily, loving the dirty way he spoke to her. His cock rubbed along her slick folds, teasing her clit as he slowly thrust his hips up. The flame in her body grew stronger, her desire burning hotter and hotter. She initiated the next kiss, dipping down to meet his firm lips and slipping her tongue inside. He groaned and slid his hands to her ass before slipping one hand further down to rest by her vagina. He brought his other hand to her breast, tweaking and pulling at her hard nipple. His finger didn’t move any closer to her pussy, just sat close to her hole, making her want to thrust onto it. Their moans filled the room, and before she knew it, he scooped her off the couch and carried her to his bedroom.
Buy Link:
Web Link: JenikaSnow.com
Posted by Chloe Waits at 12:01 AM

Hi Jenika, thanks for being here today with me. It was great interviewing you and getting to read your excerpts!

Thank you so much for having me Chloe. I had a fun time with this interview!!!

That excerpt makes me want to get the book. This is a new author to me but I would like to read her book now, it sounds very steamy