Reviews for Elise Hepner's Check Out and Sex Tool 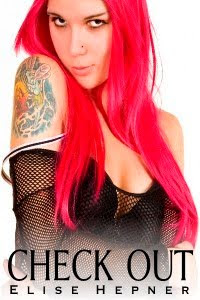 Hardcore punk rocker Jennifer's been exiled from her safe, far away college back to her small town. The trouble started when she was caught having sex with her college adviser, Paul-by the Dean of Students. All she wants to do is damn the man and the trouble has just kept coming. She's forced by her socialite parents to work the night shift in her local grocery store while feigning off come-on's from customers and a circa 1950's boss.
But things get more complicated when Paul comes back into town for a little stop-and-shop. Jennifer is forced to confront their growing master/slave relationship and the mounting feelings she's been harboring all summer. Meanwhile, Paul the good ol' boy whose grown up playing football and exuding charm is ready to put Jennifer's smart little mouth to work. All she wants is for him to stay. But he won't take anything from her without a price.

Chloe Waits Review for Check Out

Elise Hepner is a self described 'fierce erotica hunter.' She could change that to fierce erotica writer! Check Out is a sassy, in-your-face sexy romp. Hepner's fresh, vivid voice makes this story literally jump up and...spank you (lol). Her character of Jennifer is too bold and free to be shackled to small town conventions, and too whip-smart to give in to awkward come-ons beneath her notice. There's just not a strong enough man around to challenge her or tame her...until Paul walks in. Despite some hot delicious themes of submission, we always sense Jennifer is in control, and exactly where she wants to be. The highly erotic power play between Jennifer and Paul was a sensuous assault to the senses that will leave you panting for more, yet also satisfied. You should 'Check Out' Elise Hepner. 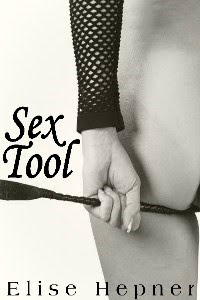 Everyone knows "that guy" at a party. The man who hits on innocent women all night with all the moves in the world but he just screams sleaze. Marcia goes to her friend's parties specifically to teach these men a lesson. She see's her mark from across the room and outwits him in confidence and speed, then she takes him to bed with her to earn and learn some respect for females everywhere.